As of June 13, 2021, the NC Land Grants website has been moved to a new server hosted by Amazon Web Services (AWS).  You should see no differences and we don’t anticipate any issues, but please contact us if you run into anything at info@nclandgrants.com

As background for those who are interested, the site has run on the same server since 2014 which was running a very old version of both the server software and the database software, so this was a big upgrade for us.  The server it ran on was a spare server used by my small software business in case the main servers had problems (we actually never had to use it for that).  That meant the cost to keep the site running was pretty much zero, except the cost of microfilm digitization.  The business rented space at a secure server facility in Raleigh, but at the end of 2019 we moved all the work websites to AWS.  I’m very old school and like to be able to physically touch the hardware, but the machines were getting old and would be very expensive to replace, and having them at service like Amazon means my business can easily upgrade to a faster machine, add more disk space, etc. with just the click of a button (and more money of course). 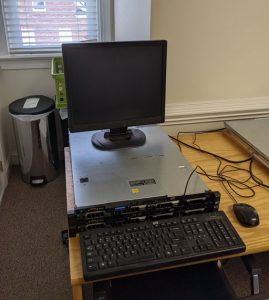 That leaves the spare server. It made no sense to keep renting expensive space at the server facility just for that machine, and there is a monthly cost to do anything at AWS.  We did own the server itself, so I decided to set it up at our office which is where it has been running the past year.  On the right is what you have been using for the past 7 years – nothing more, nothing less!

Now for the final chapter, we are ending the office lease and switching to working at home, so the server either had to come to my house (it is loud!) or move to AWS.  Luckily as a new non-profit we were able to get help on the costs from Amazon, so that made it feasible.   There was also the same issue as with the business – the server has been running non-stop for 10 years.  We already had a drive failure last year on the drive that stores the images, so for several days you could look up grants but you couldn’t see the documents.  At some point it would fail to the point of needed replacement.

A final issue is due to the overwhelming contributions we received to get more images digitized, we actually did not have enough room on the server to store them all.  At AWS it’s trivial to add more space as needed, with the associated cost increase of course.

Please let us know if you have any questions about any of this. 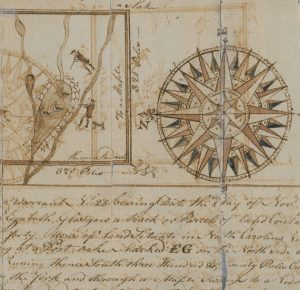